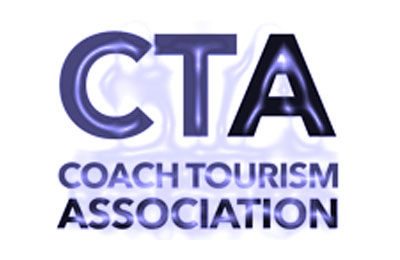 Membership fees for CTA Operator and Supplier members will be frozen again for 2019! The CTA board has agreed to hold fees at the same level as this year for all members since the association has healthy reserves built up over the years and in the light of a new membership recruitment campaignn designed to boost the number of operator members.

Members will receive renewal details and an invoice for the next year’s membership fee in December 2018. Please ensure that membership fees are paid promptly and note that only fully paid-up members will be entitled to membership benefits, including a listing in the CTA Handbook which will be published in spring 2019. 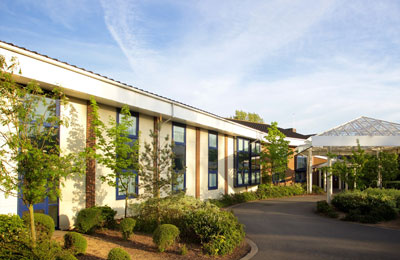 CTA Conference & Workshop set to be a 2019 highlight

Planning is now well underway for what promises to be a spectacular CTA Conference & Workshop 2019 which will be held at the Hallmark Hotel Cambridge on Sunday 24 to Tuesday 26 February.

The Conference sessions will focus on some of the key issues affecting the coach tourism sector including Brexit and Low Emission Zones. We are delighted that our speaker line-up will include Tom Jenkins, chief executive of the European Tour Operators’ Association who will give us the very latest update on Brexit. Tom is a regular visitor to the corridors of power in Brussels and will be able to offer his insight and considered opinion on the implications for coach tours after April 2019 – whatever the final outcome of the negotiations!

Also speaking at the Conference, and offering some light relief from the challenges which will face the sector, will be joint Encore founder Ashley Herman who will no doubt regale us with tales from his enthralling career in and around the world of theatre.

Further speakers to be announced …

Bookings for the Conference will be open in early December – look out for more information from CTA Membership Services shortly. And don’t forget to block off the dates in your diary now! 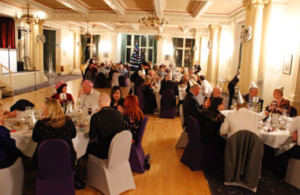 Our final formal CTA event of the year took place last weekend at The Cairn Hotel, Harrogate where we were very well looked after by Strathmore Hotels’ enthusiastic and ever-willing team. Almost 90 guests attended the event which included two fam trip opportunities. If you didn’t make it, you missed a treat and be sure to book early next time! 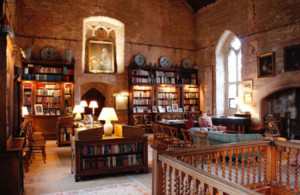 Coach tour operators and wholesalers attending the Xmas Social took the opportunity to take part in the Sunday afternoon fam trip to Markenfield Hall and the consensus was that this is a hidden gem that deserves the attention of those planning tours to Yorkshire. A 13th century house, surrounded by a medieval courtyard and a moat, Markenfield has a fascinating story to tell and its expert volunteer guides deliver bespoke, pre-booked tours for coach groups. The house is still a family home to a descendant of the family which has been resident there for centuries, (despite getting evicted for a period following a failed rebellion against the king!). 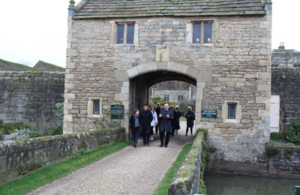 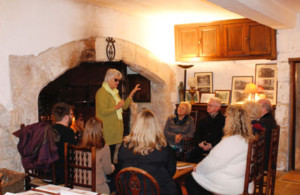 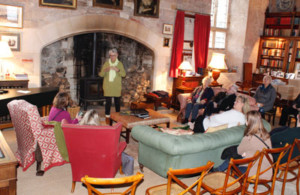 Markenfield’s owners continue to invest in the property and are currently planning improvements to the layout of the entrance road which will improve access for coaches to  the site, although they already welcome lots of coach groups throughout the year. For more information contact Markenfield Hall on 01765 692303 (www.markenfieldhall.co.uk)

And CTA member Castle Howard also kindly offered free entrance to its stunning Twelve Days of Christmas event and welcomed a number of members following the Xmas Social in Harrogate. For the festive period, Castle Howard has been transformed with magnificent decorations throughout the House’s grand state rooms including open fires, candle light and live music plus a 25-foot traditional Christmas tree adorned with more than 3,000 baubles in the Great Hall.

Many thanks to Castle Howard’s Joanne Scurr for providing access to our CTA guests. (www.castlehoward.co.uk) 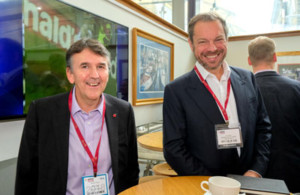 CTA’s regular reception at the World Travel Market earlier this month was a very successful event once again. Lots of members took the opportunity to drop in and get some respite from the busy halls inside Excel and to take advantage of some great networking opportunities. 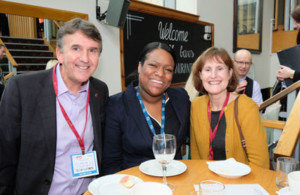 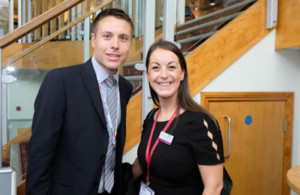 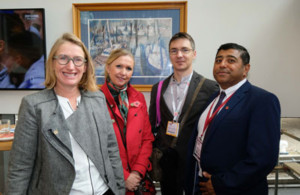 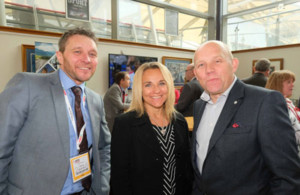 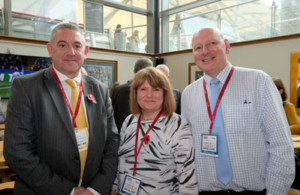 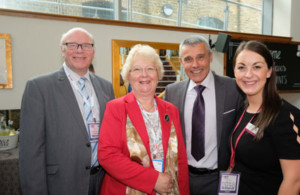 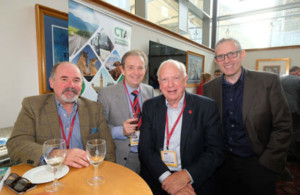 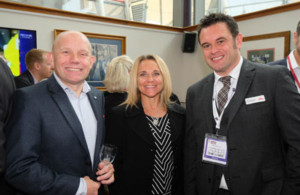 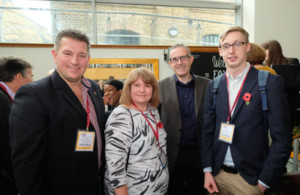 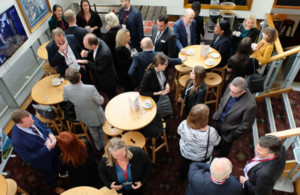 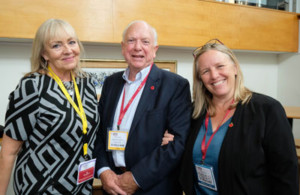 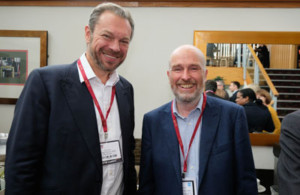 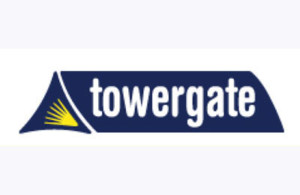 CTA partner member Towergate Travel has highlighted another important development for tour operators with new arrangments for the IATA system. The changes include new agency accreditation modules, enhanced risk management programmes and an e-wallet solution for payment of tickets.

See this document for an outline of the changes from IATA and a copy of a presentation on the subject from ABTA. 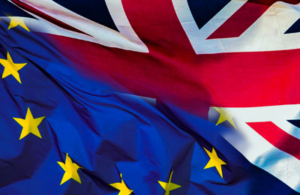 There’s no escaping the B… word

As this eBulletin goes to press, we remain no clearer on the likely outcome for the long-running Brexit saga. Members will be aware of the lively debate going on around the country as parliament prepares to vote on the prime minister’s plan negotiated with the EU.

If you want to delve into the detail, then the attached set of slides offers a handy summary of the Withdrawal Agreement and the initial Political Declaration outline which has been sent on to us by the Tourism Alliance.

While the presentation is from the government’s perspective it does explain some of the issues including the proposed ‘backstop’ arrangements and the potential future relationships with the EU that CTA members might find useful.

Meanwhile, a recent survey claims that consumer concerns about the price impact of foreign trips could persuade people to take more trips at home, something that could be a boost for domestic coach trips.

Researchers Simon-Kucher has tracked reactions every six months to Brexit and its impact on prices since the referendum. Its latest study shows that 68 per cent of consumers are concerned about price increases including for flights and package holidays as a result of Brexit, and British holiday-makers may alter their plans with 28 per cent expecting to change their plans and 14 per cent expecting to spend more time in the UK

“Staycations and local British holidays are slowly increasing in appeal, with 14 per cent of respondents saying they plan on taking fewer holidays abroad and more in the UK; this is compared to 11 per cent stating the same six months ago,” says Rosalind Hunter, senior director & Brexit research lead at Simon-Kucher. 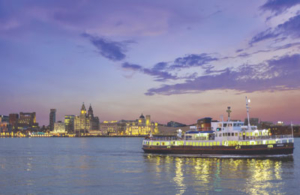 New tours on Mersey Ferries for 2019

Mersey Ferries is launching a new tour for 2019 to enable groups to discover Liverpool’s famous musical heritage. The Liverpool Musical History Tour visits key landmarks including Penny Lane and Strawberry Field, and includes a Ferry ‘Cross the Mersey, and a trip to Mathew Street before ending at the Cavern Club.

And the popular Summer Evening Cruises will continue in 2019 offering the perfect way to experience the River Mersey as the sun sets. The two-and-a-half hour cruises include live music on-board and a licensed bar. There are also River Explorer Cruises, a 50-minute trip to experience Liverpool’s UNESCO waterfront, departing daily from Pier Head and including free admission to the U-boat Story at Woodside. 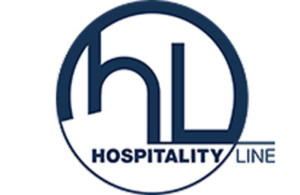 Hospitality Line has published its latest availability list for the Warner Bros Studio Tour, The Making of Harry Potter for December and into 2019. Places are limited, so operators are advised to act quickly to secure their group’s place at one of the UK’s most celebrated visitor attractions. 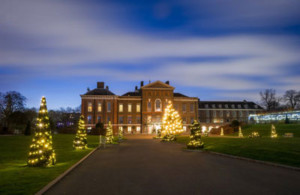 Historic Royal Palaces has plenty of additional reasons for coach groups to visit in 2019 including new visitor facilities and a new coach park for 16 vehicles at Hillsborough Castle and Gardens, and the final chance to catch the Diana: Her Fashion Story exhibition which ends at Kensington Place on 17 February.

To celebrate the 200th anniversary of the birth of Queen Victoria Historic Royal Palaces will open two exciting new exhibitions at Kensington on 24 May 2019, Victoria – A royal childhood, a permanent representation, and Victoria – Woman and crown, a temporary exhibition. These exhibitions are included in admission prices and will offer visitors a chance to discover the public and private life and image of this global figure.

Groups can also enjoy tailored meal deal options at the Tower of London and Hampton Court Palace, designed to make it easy to include lunch or afternoon tea in a visit to one of these historic attractions. Choices of morning coffee, lunch and afternoon tea are available and bookable in advance. And the Pavilion at Kensington Palace offers waiter-served brunches, lunches and afternoon teas overlooking the beautiful sunken garden. 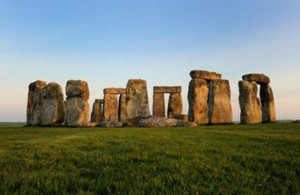 English Heritage reports that its improvements for group arrivals are now fully up and smoothly running at Stonehenge which remains a very attractive coach destination with an exclusive coach park and groups-only shuttle pick-up for trips to the Stone Circle. At the visitor centre, a new exhibition runs until 21 April 2019 in partnership with the British Museum which explores how our prehistoric ancestors interacted with each other by making and sharing objects. Group admission to Stonehenge operates on a timed ticket system and must be pre-booked.

Other developments at English Heritage properties include a new spectacular footbridge at Tintagel Castle, Cornwall which will be unveiled in spring 2019 and will improve access to this ancient and popular destination. This latest improvement will make a significant difference for visitors, according to English Heritage, and follows other recent projects to help bring the Arthurian legends and history associated with this enigmatic site to life. At a height of roughly 55m above sea level, the dramatic footbridge is designed to give visitors a sense of transition between the present and the past, as they walk between the mainland and island and step into the mysterious history that makes Tintagel so special.

Meanwhile, at Whitby Abbey, North Yorkshire, an investment of £1.6million is paving the way for a newly-designed museum, new landscaping and the addition of trees, plants and seating to the visitor centre’s courtyard approach. A larger shop, better interpretation and a new coffee shop, are all scheduled to be in place for spring 2019. Whitby Abbey attracts over 150,000 visitors a year and is a popular year-round destination for domestic and overseas visitors.

Groups receive a discount at all English Heritage properties with one tour leader and one coach driver admitted free with each group (not counting towards group numbers). Free familiarisation visits can be arranged and special themed tours are available for pre-booked groups at many properties.